There’s a new TMNT movie coming out soon, and I’m excited. Not because I think Hollywood will do a good job rendering a favorite childhood cartoon on the big screen. No, I’m excited because there’s sure to be TMNT cakes and cupcakes clogging up the internet before you know it. With that said, I’m having a hard time letting go of the original version in favor of the newer, digitized version of TMNT. And I don’t know about you, but those new TMNT look kinda…scary. Case in point: 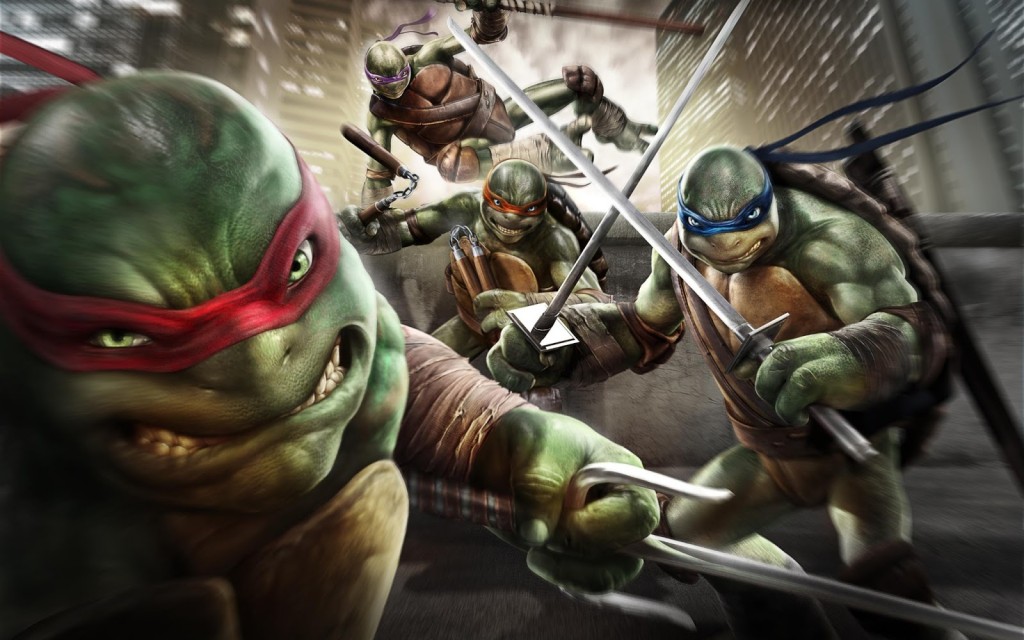 Yikes. It may take me some time before I warm up to these new guys, and though I’m sure the cakes made with the “new” TMNT in mind will be nice, I’m gonna stick to the original for my rendition. Who knows? If I see the movie and enjoy it(not likely, but I can dream) then maybe I will make an updated TMNT cupcake/cake. In the meantime, here is how I made the ORIGINAL, old-school version. As always, we will need a guide or photo for reference. Here’s the pic I used as a guide. I’ll be using the usual cake tool suspects for these cupcakes: exacto knife, small rolling pin, clay sculpting tools and various colors of fondant. First things first. Let’s cut out some green circles for the base of our cupcakes. 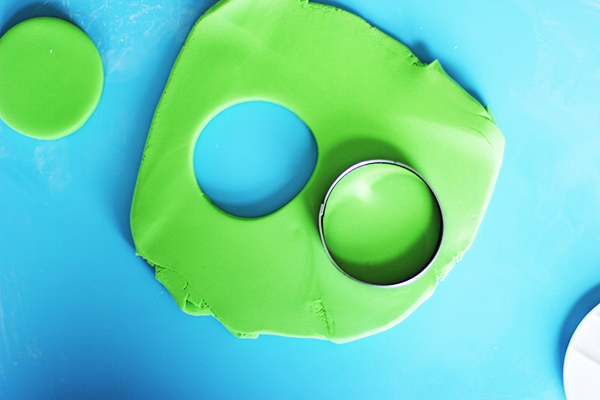 Ice and cover the cupcakes. 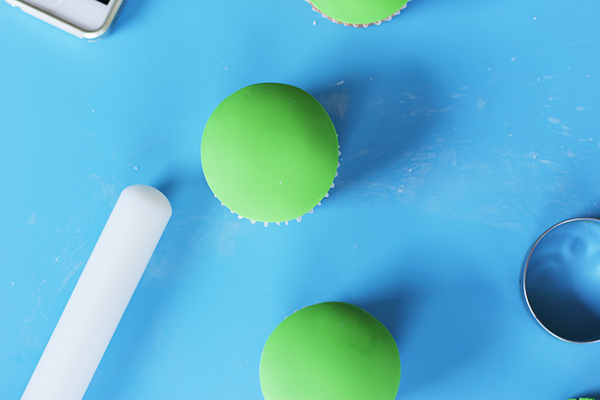 Using some more green fondant, refer to your reference photo and go ahead and shape the fondant like so:

Attach it to the green cupcake base and make the indentations for the mouth using a clay tool.

Next, create the teeth using some white fondant and a black edible ink pen. Use an exacto knife to cut out the exact shape. Be sure to refer back to the photo as needed. Make the bandana by rolling out some blue fondant and folding it a couple of times. Attach it with some edible glue and cut off the excess and save it for the next step. 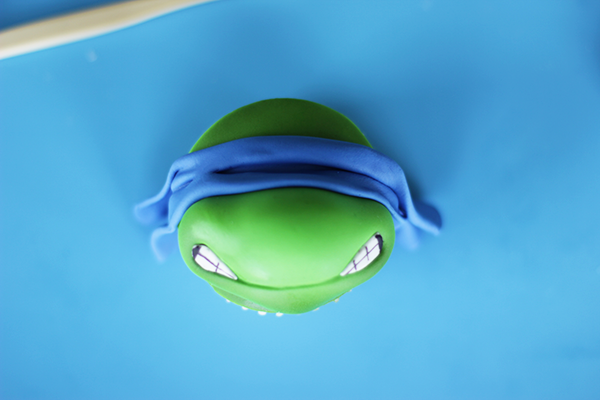 Get two toothpicks and the excess fondant from the bandana. Carefully wrap the fondant around the toothpicks, about halfway across the length. You might want to use edible glue to make sure the fondant stays put. 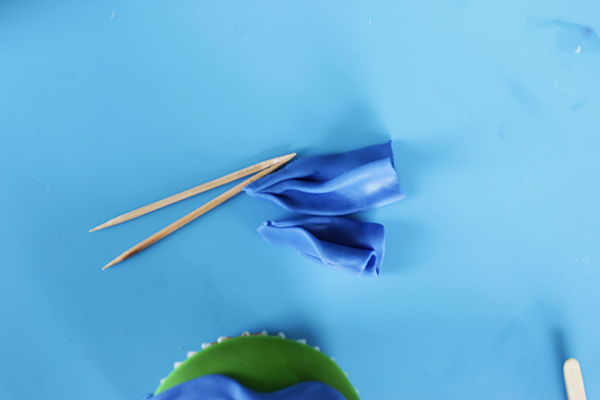 Stick the toothpicks into the side of the cupcake like so:

Before I placed the eyes, I created some indentations in the bandana using a ball tool. Once again, I made the eyes using white fondant and black edible ink pen.

Hi there! Nice to meet you!

I'm Viola, self-taught caker, graphic designer and sometimes blogger. I live in sunny central Texas with my husband Draper and our five (yes, five) children. When I'm not making a mess in my kitchen or designing something, I enjoy dabbling in photography and reading. 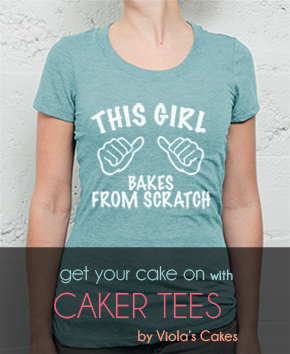 Step up your photography game